As a part of the work for the AHRC Feedback Musicianship Network, Emute Lab Member Halldór Úlfarsson (IS) Interviews Composer and Thranophone player Ingi Garðar Erlendsson (IS) on his performance practice with Thranophone (developed together with composer Þráinn Hjálmarsson (IS)). The version of Thranophone Ingi Garðar has been playing for the past decade is a Tuba induced to feedback via speaker cone sitting in the bell, outputting the sound of a microphone Ingi keeps in his mouth (sheathed in a rubber membrane). His favoured controller for this setup is gain control for the amplification via foot pedal (with various effects injected in the signal path according to his fancy for a given performance). Here is Ingi Garðar giving us an insight into his feelings about playing thranophone in (January, 14. 2021):

In the beginning it was very raw but I liked the idea and then I kept trying things to make it more interesting. So I needed to find ways to make it more interesting as a sound source, for the tuba-thranophone it is a lot about how I use my mouth. But it really is a monster now because you have so many options for playing. Which I don’t think people recognized in the beginning, because it’s basically just feedback so I don’t think people recognized how rich it can be. The perception was that it is too primitive. But taking it from there if you, hmm, take care, if you practice the system, the instrument, if you develop a performance practice and work through [technical] problems that come up it’s cool. Being a composer it’s amazing that I cannot trust the instrument, that it is the same today as it was yesterday, that it is the same in one space or another. Although usually it’s quite similar. 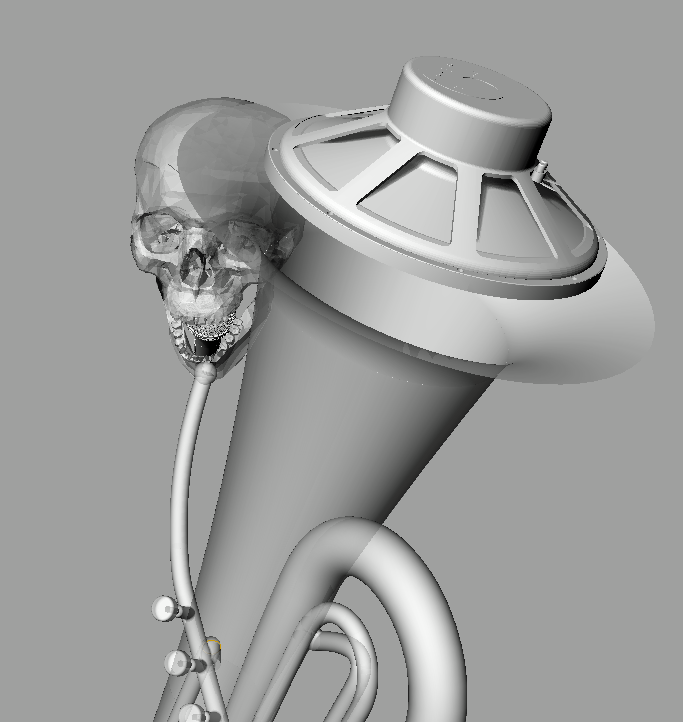