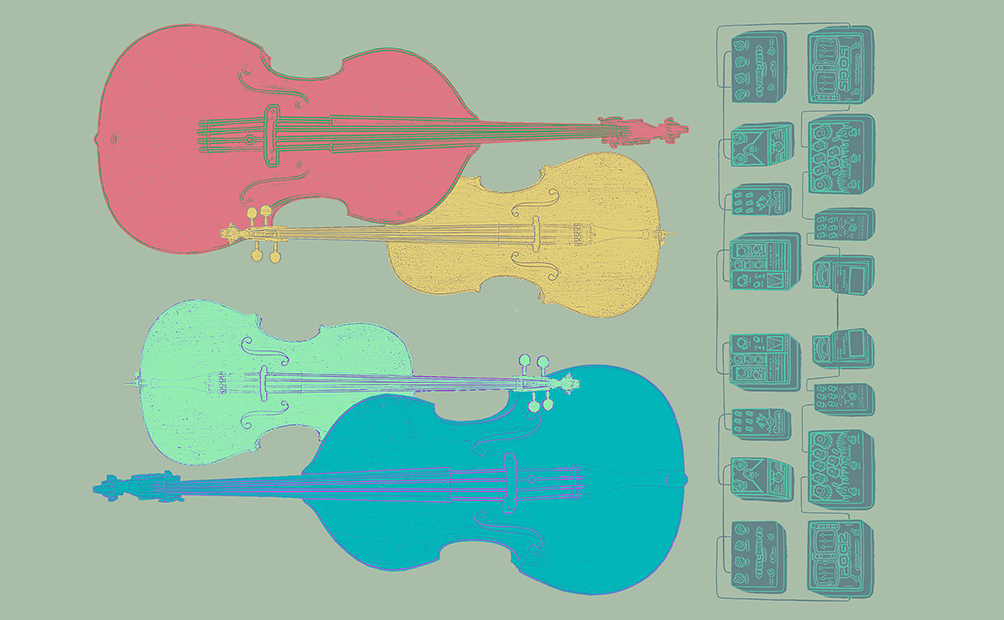 Join us at The Rose Hill for a set of three duos from some of the UK’s fiercest improvisers:

The Emute Lab Presents … is a space for sharing the ongoing research and practice of Emute Lab members and collaborators.

A duo that has been finding an improvised language of rich sonic, textural and rhythmic counterpoint over the last year with performances at Fizzle - Birmingham, Bristol Music Club, Flim Flam - London and Fuse Arts Space - Bradford.

Hannah Marshall I experiment with approaches to playing the ‘Cello using improvisation as a means to explore sound, music and performance. I play with a range of experimental groups and projects in the UK and Europe. I also collaborate with other performers and artists who work in mediums including theatre, performance, dance, storytelling and film.

“Hannah Marshall has proven herself to be a solo player of imagination and intelligence; recording an album of deceptively simple but very rewarding and hypnotic music. A series of small meals that combine in a feast for the ears and mind.” - ears for eyes

Otto Willberg is an improvising musician and composer, who mostly plays the double bass. His obsessive, and slightly unhinged tape Got Gills? is issued this July on Slip, and is his first release with the imprint. He plays with multiple groups around the UK, and has recently toured NYC and the States with guitarist David Birchall, and psych outfit Desmadrados Soldados de Ventura.

Seth Bennett is one of the U.K.’s pre-eminent improvising double bass players. Currently based in rural Perthshire, his work involves free improvisation and composition for improvisers. Recent works include En Bas Quartet, a low string quartet for improvisers, all lovers are the song, a suite of six pieces for string trio and voice, and contributions to several recorded works, including CD releases by improvising sextet Sloth Racket, the Julie Tippets/Martin Archer Ensemble, Orchestre Tout Puissant Marcel Duchamp, and the large ensemble Favourite Animals. In addition, he maintains a busy performance schedule in Britain and across Europe in Jazz, Free Improvisation, English Folk music, and Contemporary Classical settings.

Alice Eldridge is a cellist and researcher working across sound, technology and ecology in scientific and creative domains. As an improvising cellist her intuitive, exploratory character has led to collaborations with some of europe’s most adventurous musicians at the intersections of contemporary classical, folk, jazz, minimal pop, algorithmic and feedback musics. Recent collaborations and guest appearances include premiere performances of Seth Bennett’s En Bas Quartet, Julie Kjaer’s This is Where You See Me and John Russell’s The Narrative. She is 1/4 of all female multi-arts collective, Collectress, 1/2 of Feedback Cell, an ongoing experiment in open-ended hybrid luthiary and a regular at John Russell’s Fete Quaqua and Brighton’s Safehouse.

Alice Eldridge at Fete QuaQua 2016 from Jack on Vimeo.

Danny Bright is a composer, sound designer, recordist, and sonic manipulator working across the fields of music, performance, installation, theatre and media. His practice explores the boundaries between sound/music/noise and space/place/memory; he is currently developing multi-modal compositional, performance, critical and installation work investigating sonic temporalities and auditory ‘ghostings’. Danny performs on guitar, samplescapes, tape, text/voice, and electronics as an ensemble member/leader, solo artist and improviser. He also works as a sound designer and composer for internationally recognised arts, theatre and media companies, and as a producer, recordist, sound technologist and engineer.

Described by the Musician’s Union as “one of the UK’s most exciting and versatile musicians”, Lee Westwood is a guitarist and composer whose wide-ranging output stems from a long-term tenacity for musical exploration. Far from ordinary, Lee’s works range from the Geometry-Music crossover of his multimedia exhibition ‘A Hidden Order’ (Saatchi Gallery, Athr, SCOPE) to a vast back-catalogue of works for solo guitar; from headlining festival stages with Hip-Hop groups and Prog Folk acts (Dizraeli & The Small Gods; Le Juki) to commissions from some of the UK’s leading ensembles and choirs (LSO, WUE; Musarc; Riot Ensemble; Notes Inégales). – www.lee-westwood.com