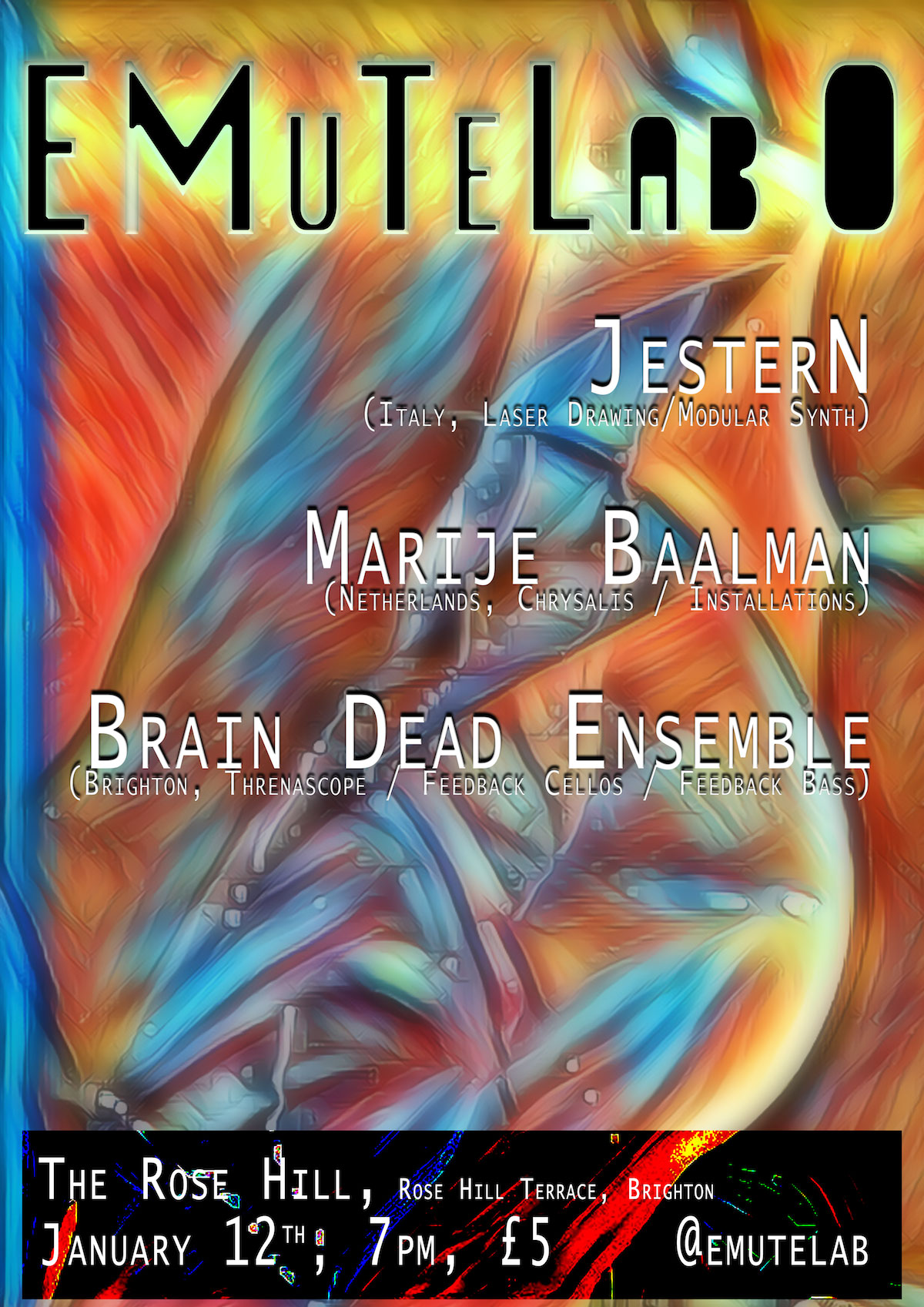 Join us at the Rose Hill club to experience some cutting-edge music with new exciting instruments and audiovisual technologies. On the bill are:

JesterN’s Laser Drawing is a synesthetic experience in which you can listen to what you see, and see what you listen to Using its modular synthesizer, JesterN manipulates electric voltages live, sending them in exactly the same way to the speakers to create sound and to the laser to create its curvy shapes with vivid colors. An artisanal live show in which every beat and every shape is simultaneously improvised on the stage. Being cooked on the spot, music-wise it depends on the space and on the vibe: it can go from drones, to harsh noise, from techno straight beats to IDM syncopations, or something completely diferent …

A cocoon lies on stage, barely recognisable in the dim light. Slow tones are sounding in the space. The light seems to change color – the tones are changing slowly in pitch. The cocoon seems to move – the light seems to get brighter and gradually shift color. Suddenly a fast movement – a shrieking sound fills the space – then again everything quiets down – the movement, the sound, the light.

Chrysalis is a performative environment where the focus is on slow movements – becoming aware of the minimal movements of the body, both conscious and unconscious movements. It is about interaction on a long timescale – involving multiple senses (hearing, sight, haptic).

Marije Baalman is an artist and researcher/developer working in the field of interactive sound art.

Chrysalis - a teaser from Marije Baalman on Vimeo.

The Brain Dead Ensemble consists of members of the Emute Lab interested in feedback in acoustic and electronic instruments, and the combination of those. The audiovisual live coding instrument, Threnoscope, will feed sound directly into the acoustic instruments (two cellos and a double bass) via their mechanical actuators.

There is no video of the Brain Dead Ensemble (they have not figured out how to do that), but there are some of the Threnoscope, cello and bass (Thor, Alice and Thanos):

Fermata at OSC in Brighton from thormagnusson on Vimeo.